Hello everybody, sorry for the long time without news. In the last months I have developed the event editor further. For example it is now possible to see the properties of a message box.
I'm planning a new release of the editor in the next few weeks, with which you can try out the event editor, at least as far as the display of events is concerned.
After that I will start editing these events. This is the last big missing feature of the editor. Then it is at least possible to adjust the most important things in the game. Of course I will have to put some effort into the correct composition of the edited data in the ROM, but everything at its time :)

So this screenshot shows the displayed message box properties in the event editor: 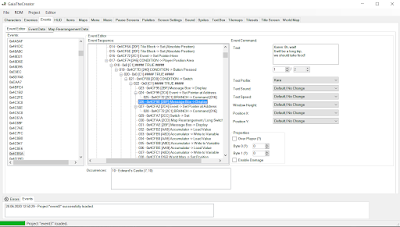 I continue to make good progress with the Event Editor. I have added many more commands (again a big thanks to Raeven0 for decrypting the commands). Today I would like to present you the command for Message Box Choices whose implementation was not so easy because the number of choices is dynamic.
But nevertheless here you can see the current implementation: 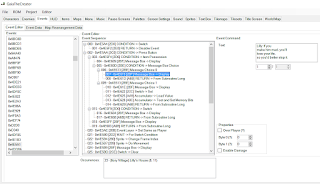 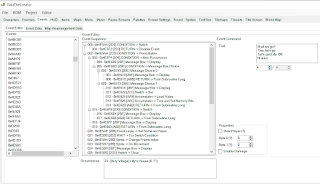 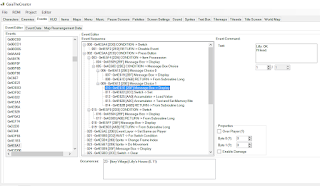 I plan to release a new release of the editor when I have implemented some more commands. Then you may play around with it yourself.
Eingestellt von manafreak um 16:46 Kommentare:

The last weeks I have completely revised the Event Editor. The event commands are now simply defined in an XML file and read in by the editor. This makes it very easy to add new commands. And thanks to Raeven0 all commands are already known and can be added bit by bit.
The screenshots show an event in South Cape (the woman complaining when Will jumps from the roof of the house) and a part of the described XML file. 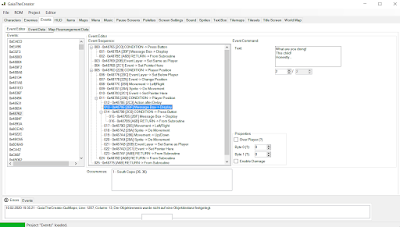 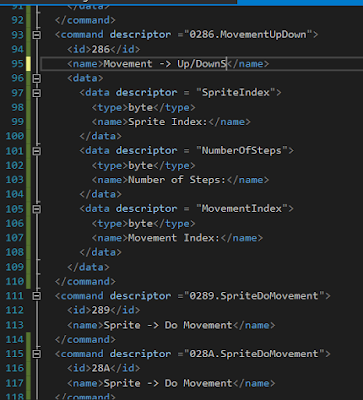 Hey everyone and happy new year :)

I'm still working on the editor though I couldn't find much time for it the last months.
Currently I'm working on events since they are the last major part of the editor which is not working properly yet.

You can now change the script ID and several other propeties of an event. As an example I exchanged the script of Seth's father in South Cape with the script of the bat from the Underground Tunnel.
I also set the enemy's state to that of the boss Castoth. 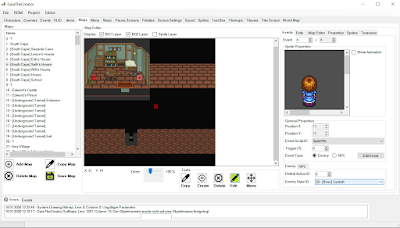 And here is the result in the game: 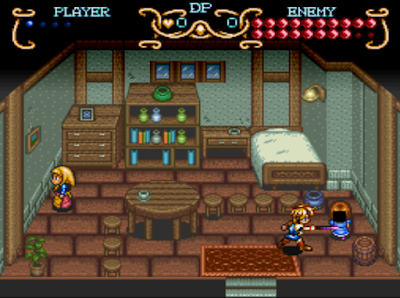 This is only a small update, I released a new version with some minor fixes and features:
- Fixed several bugs related to the display of events
- Display all occurences for an event in the event editor

Here you can get the latest version:
GaiaTheCreator 0.5.8
Eingestellt von manafreak um 16:14 1 Kommentar:

It's now possible to edit the map rearrangement script data in the editor!
Map rearrangement means e.g. doors which are opened after enemies are defeated or using Will's special abilities.
Again I have to thank Raeven0 for finding the data set :)

Here is an example:

I wanted to edit the map rearrangement script in the cave in Itory when Will uses his new Dash ability on the rocks. As a new feature it is possible to directly switch to the event editor for the selected event by klicking the "Edit Event" button: 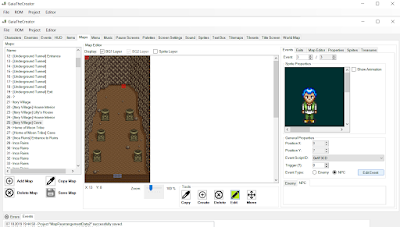 Here we see the event script in the event editor. Now we know that the map rearrangement script has the ID 26. 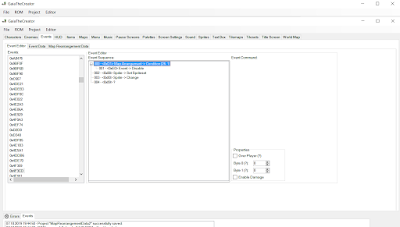 In the new tab "Map Rearrangement Data" we can edit the data. I changed the data in a way that one of the statues is placed on the rocks instead of the door when Will uses his Dash power. 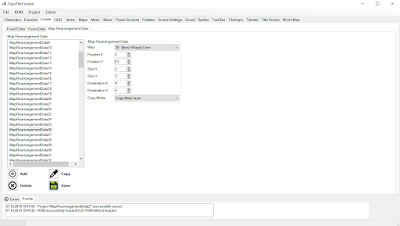 The result in the game: 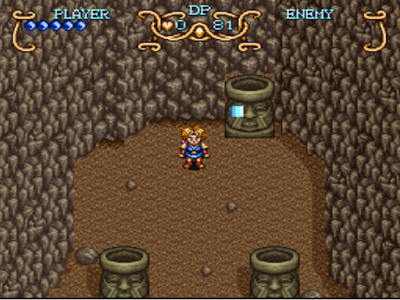 You can try this for yourself in the latest version of the editor:
https://www.dropbox.com/s/vdupah7m12rj7i5/GaiaTheCreator%280.5.7%29.zip?dl=0
Eingestellt von manafreak um 20:00 Kommentare:

As promised I uploaded the latest version of the editor with these new features: